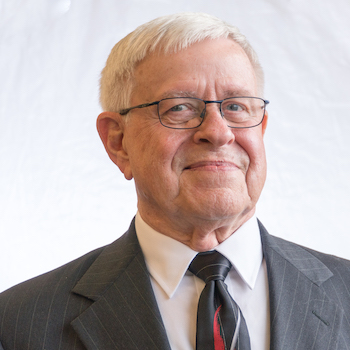 Jack Flowers’ biography encompasses several careers. From the military to Wall Street, from Hollywood executive to venture capitalist, Jack has unique experience in business as well as the creative arts. Originally from Indiana, he graduated in 1963 from Fishers High School in a class of 23 students. At the time Sputnik influenced any young student good in math to pursue a degree in the sciences. He enrolled at Rose Polytechnic Institute in Terre Haute, Indiana.

This was also the Vietnam War era. After spending his junior year abroad attending the Scandinavian Seminar, Jack was drafted into the United States Army early in 1967. He was selected for officer candidate school and was commissioned a 2nd Lieutenant in the Army Corps of Engineers. His first duty assignment was at Fort Knox, Kentucky and in 1968 he was assigned to the 1st Engineer Battalion of the 1st Infantry Division in Vietnam.

In 1969 Lt. Flowers was asked to volunteer to take over an elite unit of the Battalion known as the Tunnel Rats. Over seven months as “Rat Six” Jack served honorably and was awarded several decorations to include an Army Commendation Medal and Bronze Star with “V” Device for valor, two Air Medals and a Purple Heart.

After his discharge Jack returned to Rose Poly where he graduated in 1971 with a Bachelor of Science degree in Math and Economics. Because of his noted leadership skills and background his resume caught the attention of H. Ross Perot who had recently taken over the second largest brokerage firm on Wall Street. Jack was one of 52 hand-picked trainees by Perot to enter DuPont, Glore, Forgan’s first training class to become a stock broker.

Jack’s business career eventually began in Palm Beach, Florida as a stock broker for Paine, Webber, Jackson and Curtis. He was lured to Wall Street by Oppenheimer & Company in 1976. Jack continued his brokerage career until 1986 when he joined a start-up company, American Film Technologies where he was responsible in part for raising the initial one million dollars of capital. AFT was Jack’s first executive position and he stayed with the company through its initial public offering.

It was also during this time that Jack’s exploits as the leader of the Tunnel Rats gained national attention. “The Tunnels of Cu Chi” was a best-selling non-fiction book where he was noted. Jack’s story was highlighted in the Life Magazine article “Down, Dirty & Deadly” in 1987. He was also interviewed on Sixty Minutes and Charlie Rose as well as several other television and newspaper outlets. The novel “Avenger” by Frederick Forsyth published in 1999 is based in part on Jack’s life.

Over the past fifteen years Jack has concentrated on raising money for start-up companies. He believes the ability to use the crowd funding exemption of the Jobs Act of 2012 will revolutionize venture capital and the ability for entrepreneurs to raise capital. Jack commented, “When history reviews the achievements of the Obama administration it will note that the Affordable Care Act made it possible for millions of Americans to get insurance but the Jobs Act of 2012 laid the foundation for millions of Americans to participate in the American dream and get a job.”